Northern Ireland hosted the 2017 UEFA Women’s U19's Championship in venues all across the country. This tournament attracted thousands of international visitors, spectators and supporters alongside the tens of thousands of Northern Ireland fans who attended the games. Spain beat runners up France 3-2 in a spectacular final at Windsor Park.

As part of our creative brief, Kaizen were tasked with developing a language that set the tone of the digital and traditional printed campaigns. The focus of the communication was to engage both existing stakeholders and to inspire those unfamiliar with the Championship. We delivered language and creative to support the Championship, Northern Ireland and the individual players. 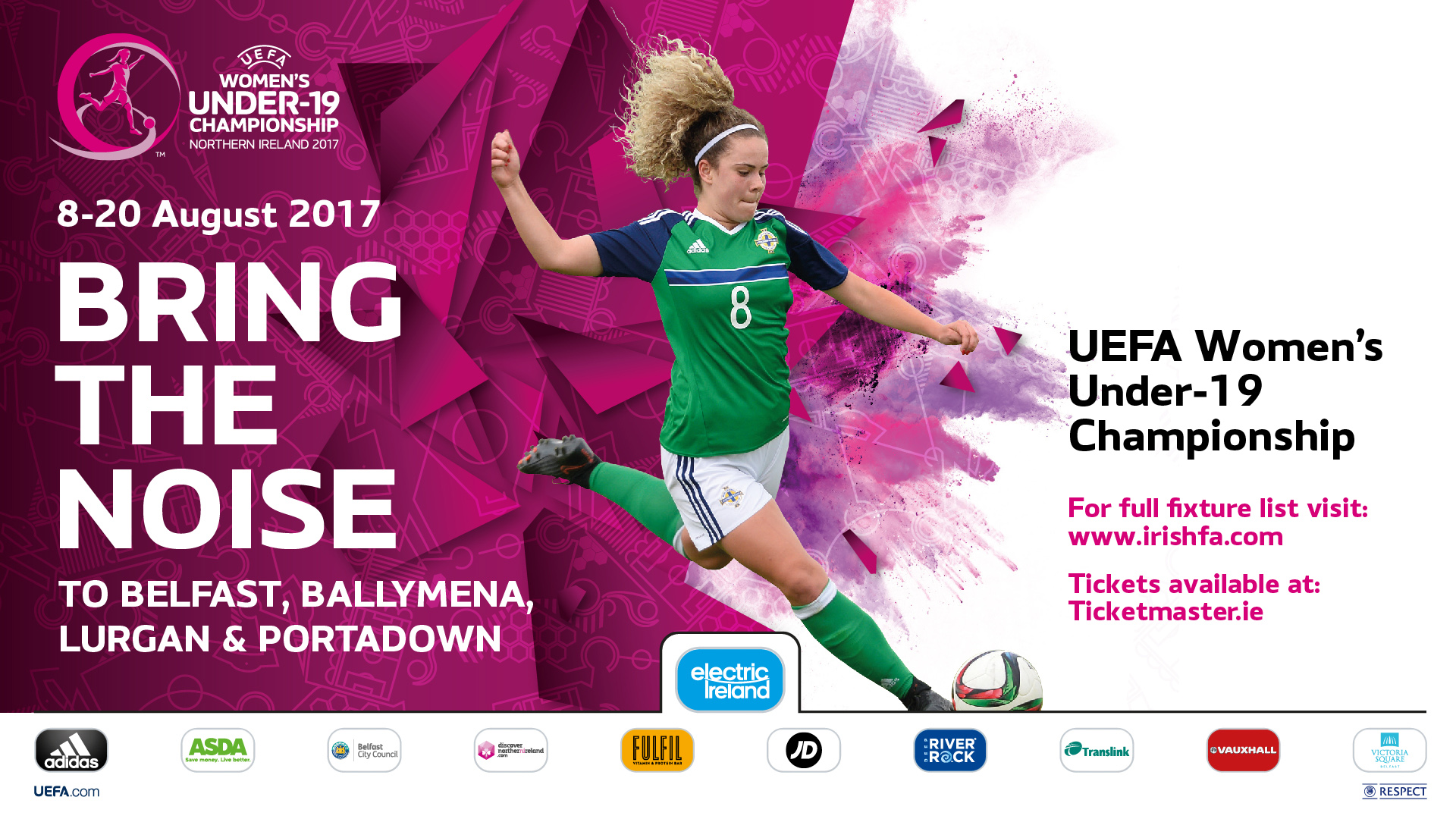 Understanding our target audiences is core to developing successful campaigns. Engaging with the Marketing & Communications team within the IFA, we were presented with a great resource of accurate data though which to direct our campaign language. We delivered 3 unique campaign concepts, each with individual creative styles and language sets. All three concepts were kept within the strict UEFA guidelines for the tournament, but delivered impactful graphic design that translated equally well in both digital and printed outputs. 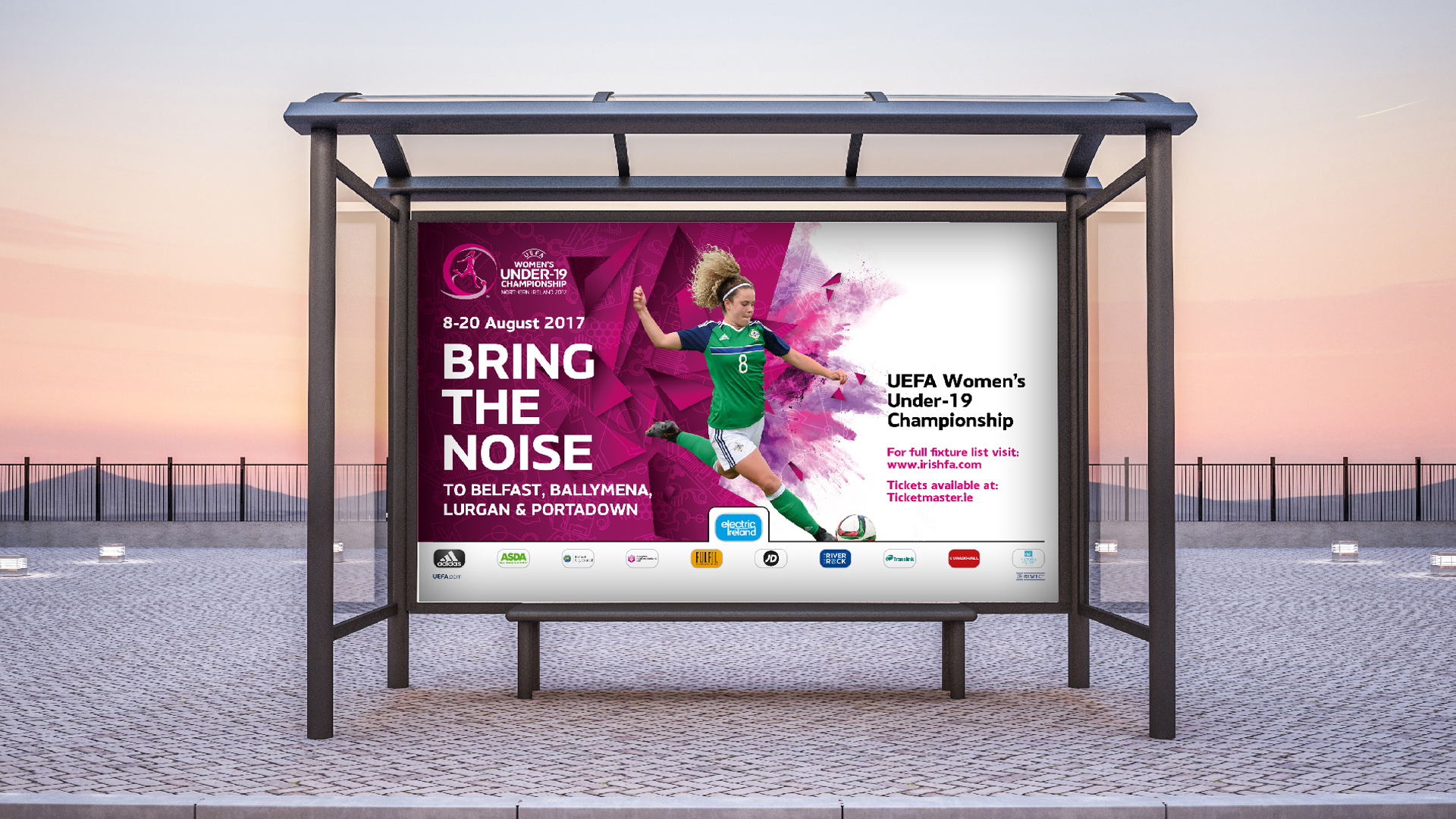 The vibrancy of the design, coupled with a language set that appealed to its target demographic resulted in our successful 'Bring the Noise' campaign. The outputs were delivered across an array of marketing and advertising channels including: Printed Adverts, Adshel Live, Google Display Ads, 48/96-Sheets. In addition, a motion graphic project featured in advertising across Youtube and other Social Channels. 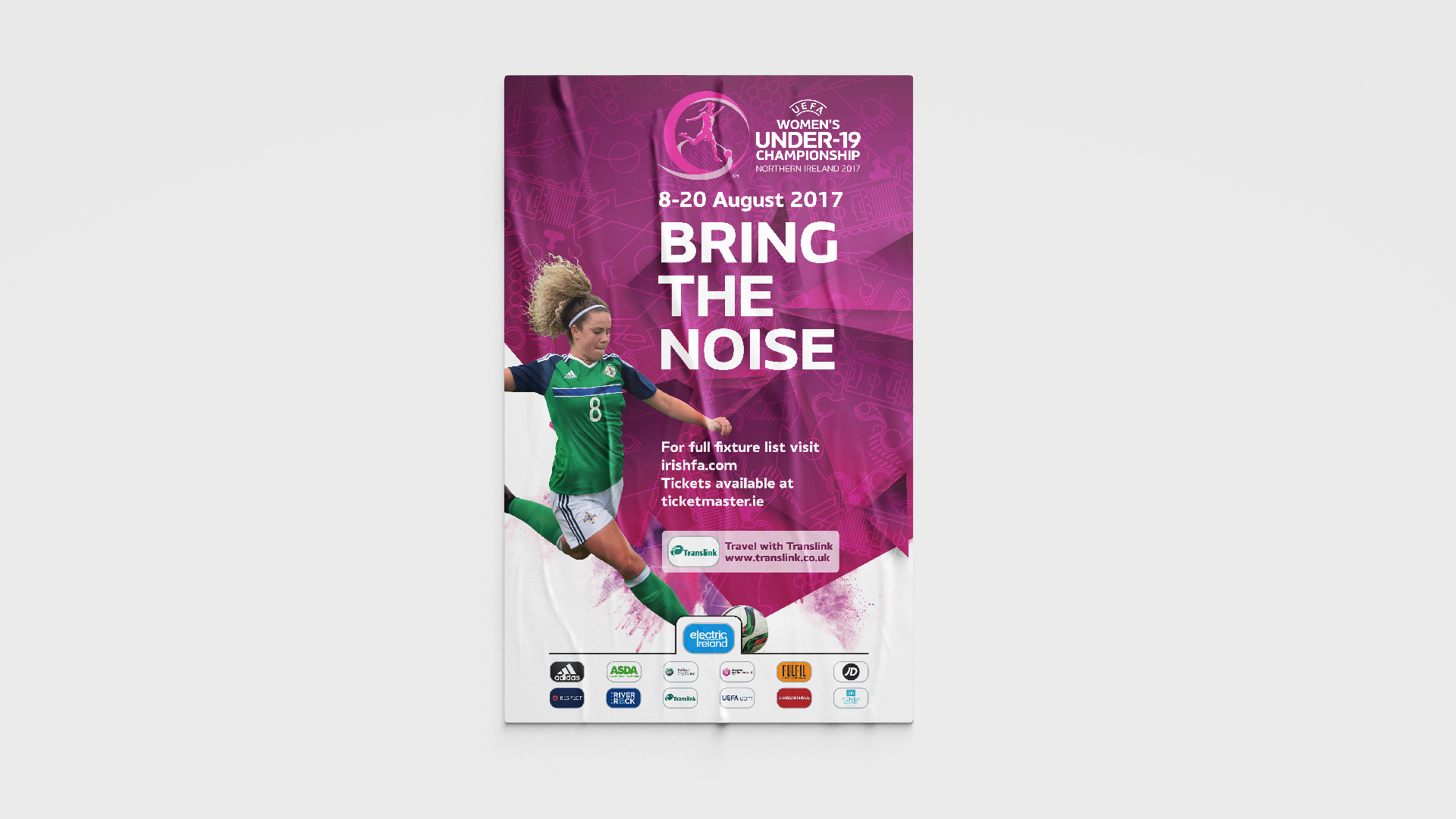 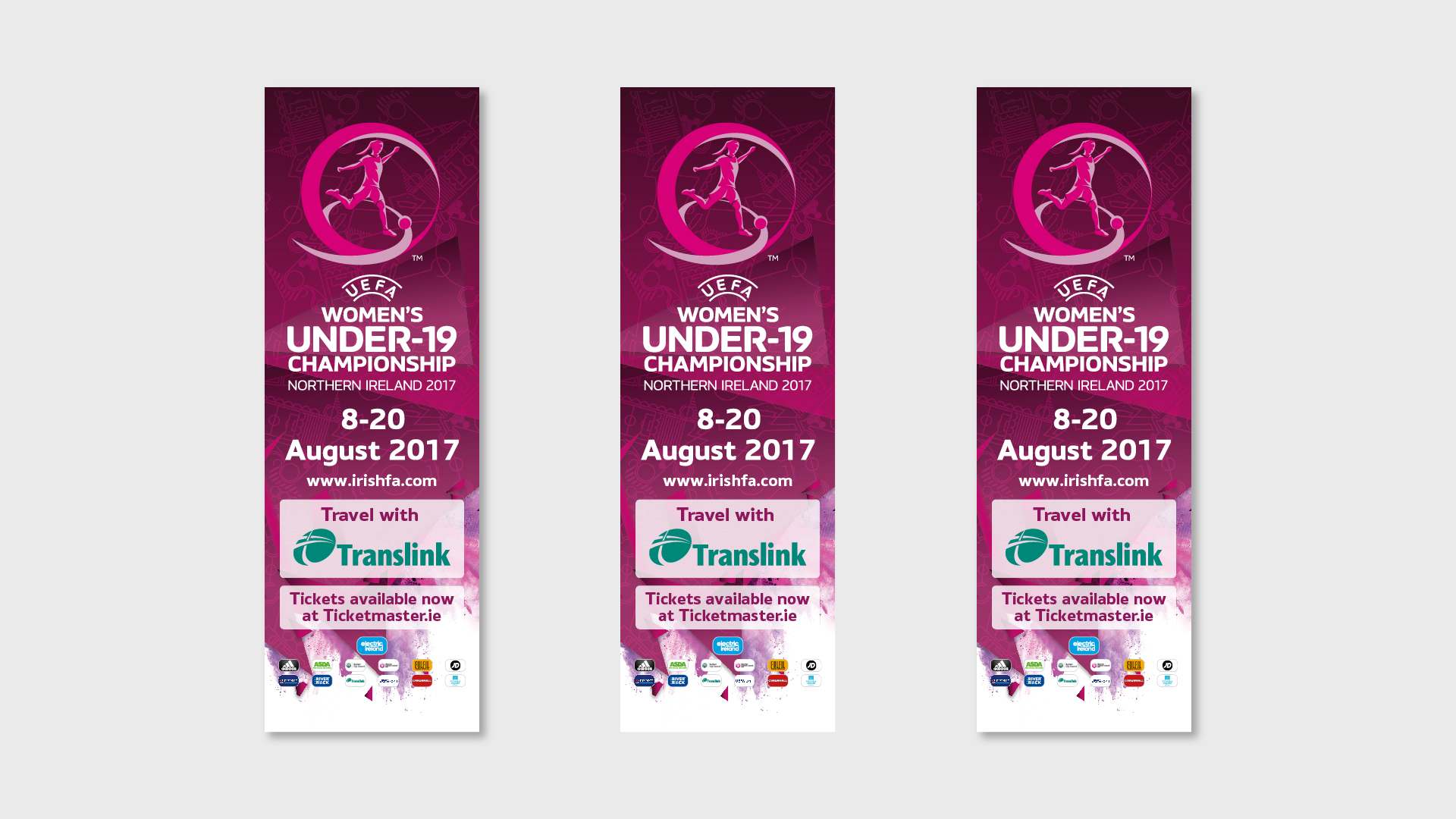 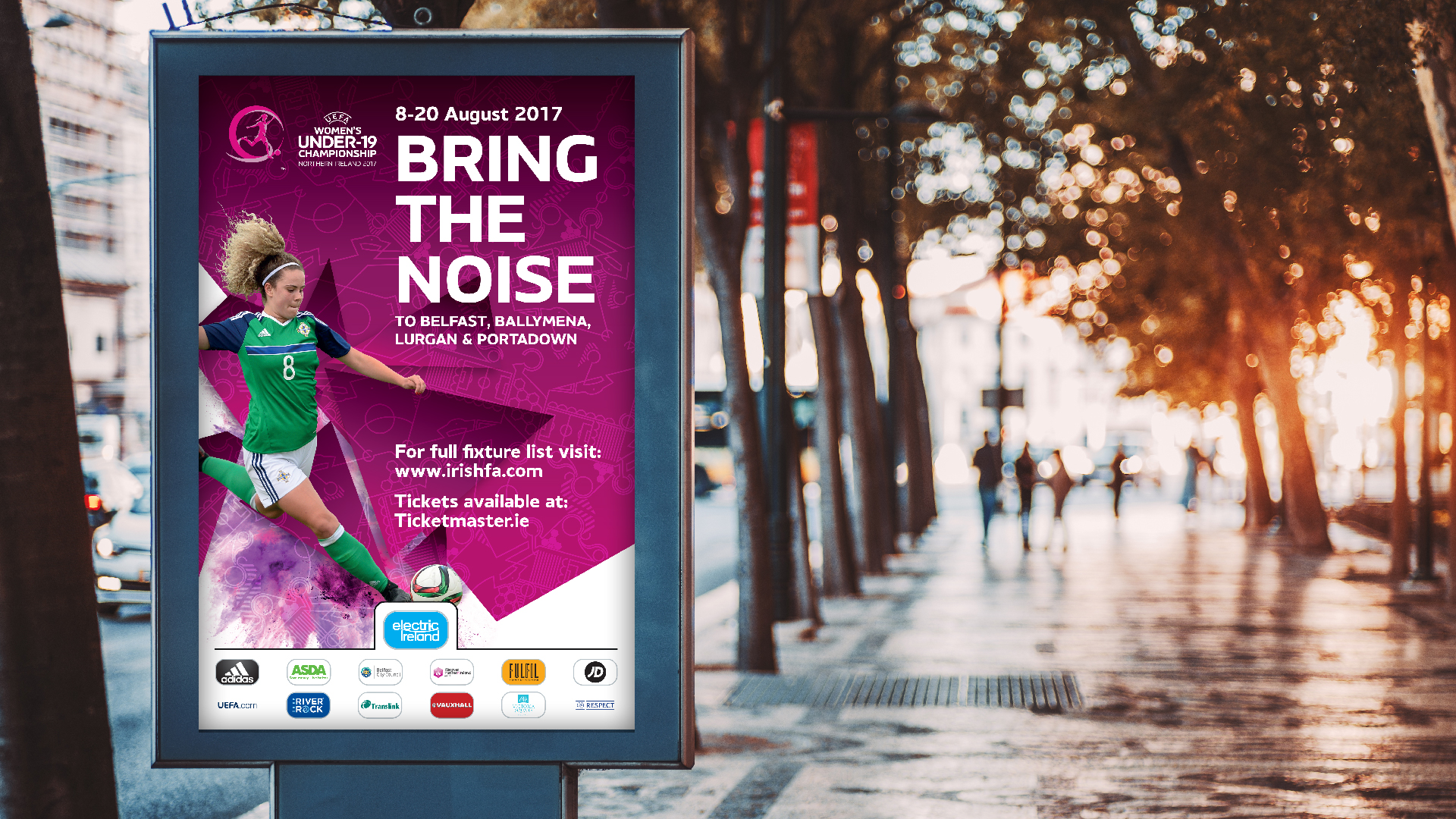 Efficient, experienced and the quality of the campaign was second to none. 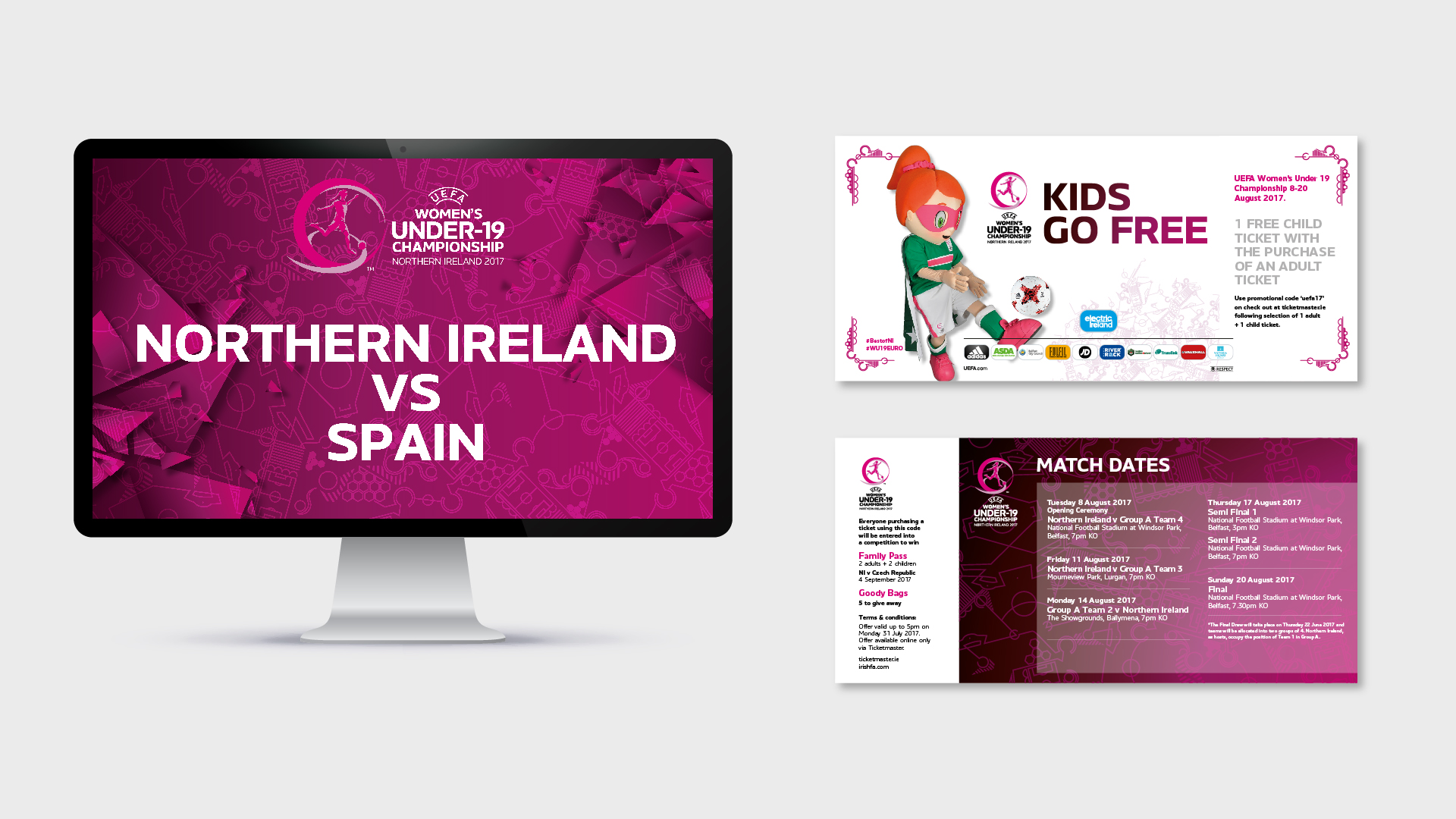 We’re always excited to hear about a new project so get in touch to find out how we can help.